What Can Be Learned From the Icelandic Financial Crisis?

What Can Be Learned From the Icelandic Financial Crisis?

Few countries were hit harder in the current financial crisis than Iceland. Although the country enjoyed astonishing economic growth in the early 2000s, in less than a month in late 2008 all three of the country’s major commercial banks, Glitnir, Landsbanki and Kaupthing, were placed in government receivership. The Icelandic króna tumbled and the stock […] 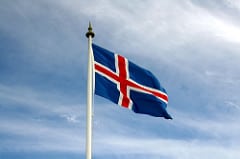 Few countries were hit harder in the current financial crisis than Iceland. Although the country enjoyed astonishing economic growth in the early 2000s, in less than a month in late 2008 all three of the country’s major commercial banks, Glitnir, Landsbanki and Kaupthing, were placed in government receivership.

The Icelandic króna tumbled and the stock exchange in Reykjavik lost 90 percent of its value, including a 77 percent drop in a single day in October 2008. The country narrowly missed national bankruptcy as a result and is still in the throes of a major economic depression.

These events had political consequences in Iceland as well. Early in 2009 Iceland’s government, which had been led by the center-right Independence Party, was forced to resign. A coalition of left-leaning parties took control and decisively won a national election that May.

How can American business learn from the mistakes in Iceland?

The foremost lesson is perhaps not to overextend yourself. Ever since the Icelandic banking industry was deregulated in 2001, its banks began to invest heavily overseas on credit. Indeed by 2008 the Icelandic banking sector was responsible for over 80 percent of a staggering external debt which was over five times larger than the country’s gross domestic product. Since much of the Icelandic banks’ debts were in foreign acquisitions, their failures had a ripple effect and compounded similar problems in both Europe and the United States. Great Britain and the Netherlands were hit especially hard, with Iceland agreeing in 2009 to reimburse more than $5 billion in lost deposits in those countries.

Recently the President of Iceland, Ólafur Ragnar Grímsson, stated that allowing the Icelandic banks to fail was a good thing as that combined with the devaluation of the króna is allowing Iceland to recover economically quicker than the rest of Europe. While the merits of Grímsson’s comments are debatable with respect to the bank failures, there nevertheless do seem to be indications of an economic recovery in Iceland.

Another lesson to be learned is that reckless behavior in one industry can have unintended, adverse consequences in others. Shortly after the Icelandic bank failures, the Danish-based Sterling Airlines was forced to declare bankruptcy as its major investor was wiped out. At least one major daily newspaper in Iceland was shuttered as a direct result of the crisis as well. By December 2008 unemployment had nearly tripled in Iceland, with 7,000 people looking for work in a country with a total population of less than 350,000.

While the Icelandic crisis may seem a bit macroeconomic and far away to the average American small businessesowner, it stands to reason that the same common sense principles that apply to good business on Main Street would have been well-suited to the banking sector in Reykjavik and elsewhere. While they may not have stopped a recession, they certainly would have made life easier for the Icelandic people in general. Every entrepreneur would do well to remember the excesses that caused the Icelandic financial crisis and take care not to repeat them in his or her own business concerns.