Have you ever wondered why some entrepreneurs succeed while others fail miserably?  Sometimes there doesn’t seem to be any rhyme or reason to why a business owner becomes a smashing success while his peer, who has seemingly done all of the same things, can’t seem to catch a break. Here’s what Harvard has to say. […] 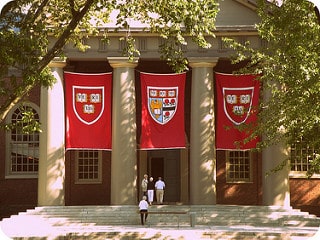 Have you ever wondered why some entrepreneurs succeed while others fail miserably?  Sometimes there doesn’t seem to be any rhyme or reason to why a business owner becomes a smashing success while his peer, who has seemingly done all of the same things, can’t seem to catch a break. Here’s what Harvard has to say.

Harvard Law School took a look at this issue in their white paper, Performance Persistence in Entrepreneurship, and came up with some astonishing facts about what does and doesn’t make an entrepreneur successful.  Follow along and I’ll highlight some of the more fascinating aspects of the paper.

Who is More Likely to Get Funding?

Everyone knows that an entrepreneur’s chances of success go up drastically when they’re backed by a well respected Venture Capital Firm, but that area has always been a little murky. The results of the Harvard paper are shocking. In it, they found that VCs are more likely to fund a failed entrepreneur who they’ve never funded before than a tried and true one that they’ve already helped become a success.  While that’s not all that important to the tried and true entrepreneur (we’ll get to that in a minute), the news is great for those entrepreneurs who have failed at a business and want to try again.

Who is Most Likely to Succeed?

Harvard researchers also found a fascinating correlation between those entrepreneurs who tried and tried again, even after failures and success.  It seems that the more persistent an entrepreneur is, the more likely they are to achieve success.  In fact, they break down the statistics like this:  first time entrepreneurs have a mere 18 percent chance of success, while those diehards who have failed before and give it another chance has a slightly better chance of success—20 percent.  The person with the biggest chance of succeeding in their venture is the venture-backed entrepreneur who has already succeeded in another business.

Not according to Harvard.  Their report shows that those entrepreneurs who called it right as far as which industry to invest in and the right year to do it, will likely be able to do it again.  The report claims that that’s a skill that successful entrepreneurs share.  In other words, the ability to time the market launch of a timely product is key to successful business ownership.

Does Success Play Into Future Success?

Remember that old saying, “it takes money to make money?”  This might be where someone got that idea.  It seems that once an entrepreneur has been successful in one venture, it’s much easier for them to be granted seed money for another one. (Except from the same VCs that lent them money for the first success—see above).  This is why it’s not all that important for a serial entrepreneur who has enjoyed past successes to get money from a VC—they have a variety of other options on the table.

Where Do Successful Entrepreneurs Get Their Ideas?

Studies indicate that most great business ideas come to an entrepreneur while they’re working for someone else.  Some see a need that their employers isn’t filling, and others simply figure out a way to approach the industry differently and venture out on their own to create that niche.  It’s those who take the leap who are rewarded with success.