Someone asked today about a Sam’s Club Merchant Account.  Sam’s Club resells a first data merchant account to it’s customers (Costco has a similar program – the Costco Merchant Account). Sam’s Club and Costco both haveincredibly good deals on most of their products, so it stands to reason that they would offer a good deal on their credit […] 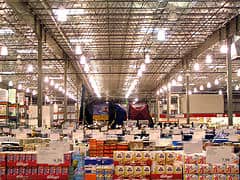 Sam’s Club and Costco both haveincredibly good deals on most of their products, so it stands to reason that they would offer a good deal on their credit card processing.  I wanted to investigate if that was true, so I used the Live Chat to speak with a Sam’s Club Merchant Account salesperson (transcript available here).

Sam’s Clubs rates are as follows:

While these are not the worst credit card processing rates, they are also not very good, mainly because they are doing the old trick of marking up the downgrades.The majority of cards are rewards cards now and, while the wholesale (interchange) rate for accepting those cards is a little higher, it is not anywhere NEAR the 1% higher than Sam’s Club is charging.  Quoting the “qualified” rate while neglecting to mention the “non qualified” rate, while in fact that constitutes the majority of transactions is quite misleading, in my opinion.

Let’s compare how Sams’ Club would stack up relative to a typical interchange plus deal found on FeeFighters.  We will compare an interchange plus 0.30% plus 0.15 / transaction rate to the Sams Club deal, a very conservative estimate, since business owners routinely get even better rates than that on FeeFighters. Let’s assume this is a business that takes orders over the phone and does $50,000 of volume each month with an average transaction size of $50.

The card mixes used in the above analysis are based on the average of a few typical merchants from our customer base.  Your business may have a slightly different card mix, but the point is still the same.

So Sam’s Club is about 10% (or $120 / month) more than a fairly priced merchant account, a LONG way from the low-cost leader position it has for other products.